I ended up taking more time off. With six billion in the bank, one finds it hard to have the motivation to make pennies in comparison. Granted I know that this amount is considered pennies to other, more wealthy Capsuleers, yet I was feeling like a great financial burden was lifted and found myself with a feeling of semi retirement. I had a care free life for several months, living with Amalea in a lavish condo in the Kusomonmon station where Osiph had set up shop, going out drinking nearly every night, coming home to hours of intimacy with Amalea. It was relaxing to say the least, not having to worry about making money or budgeting for ships or Plex or anything of the sort.

Still, the event with Chadrick nagged at me in the back of my mind. I could never truly relax, knowing he was out there somewhere, probably in danger, and I was sitting on my ass enjoying myself on his money. It was unsettling to say the least.

I knew Amalea could tell something was bothering me and kept silent about it all this time, knowing it would upset me and not wanting to disturb the bliss of peace and companionship they now shared. Still it took all this time for her to realize that talking about it had to be done for them to truely have peace.

"Sain?" She asked one night as we lay in bed, the only thing we had on was a white, silk sheet. We were watching local programming on the monitor on the wall as I sipped a Quafe on the bed stand.

"Yeah?" I reply, stifling a small burp as I replaced the can. I loved how she pretended not to notice the little things I did that were less than polite.

"I know you're still upset about Chad. I think we should look for him." she said, looking up at me from her resting place, cuddling into my chest.

"It will be dangerous. I still don't remember what happened in that wormhole." I said with a comfortable sigh, "I'd rather stay right here with you." I heard a sigh from her as well, one of frustration, but I was distracted by my Neocom. I picked it up to see a mail from Rekindle. He was also taking a break and with the recent neutral activity in our home systems in Null Sec, he had decided to close the corporation.

My heart sank and I realized that I would have to part ways with the people I have been flying with for the past while, yet the thought of new prospects restored the twinkle in my eye.

"Your corp is closing?" Amalea asked, reading the message as well, "What are you going to do? Want to go back at it and find another Null Sec corp?"

I had to admit, mostly to myself, that the reason I was shying away from undocking was because I felt restricted in Null Sec to go out and do my own thing because of threats in the area. Granted High Sec still had threats, just less of them because of the presence of CONCORD. I put my head back on the headboard for a moment, closing my eyes and thinking hard. I had once wanted to blow all the money I now have on a Rorqual, yet I cant use it in High Sec and didn't want to risk it in hostile space. I could use the money to do a decent start up in High Sec and start mining again, something I really did miss.

Plus, getting back into space might present opportunities to follow up with Chadrick. It was a step forward. Plus, by the expectant look Amalea was giving me, she wanted to get out there too.

"Let's get out there again, eh? Let me look for a High Sec Mining corp or something to get back into it!"

"Sure!" She chirped, and hugged into me. My Neocom beeped again and I read a new message from CONCORD saying my pilot's license has been paid for another month allowing an Omega Clone to be used. I half expected another to come in for Amalea, but none came.

"That's alright, you use your Exhumers, I'll be there to haul or mine in a Venture or something as an Alpha. It will be fine!"

Reading through several recruitment threads on Concord's corp recruitment forum, I decided to apply for an aptly named "A High-Sec Mining Corp". I started selling my stuff in Null sec and shipping what I wanted back to me in Jita, then fitted another Orca named "The Reclaimer", packed it with a couple of Exhumers and gear, and headed out to the area my new Corporation operated in, dangerously close to the low sec pipe to our old home in Querious. It was somewhat familiar space, yet I have to get used to new rules and new corp mates. 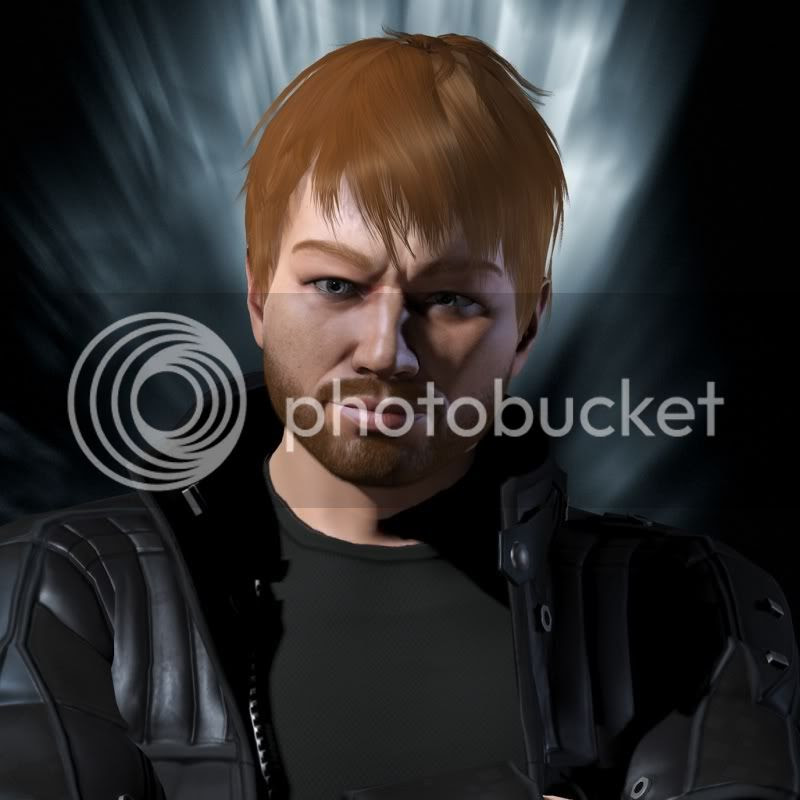